Ms. Chesterfield lifted a feathery hand
As on her death bed she did lie
She said “children I have just one final wish
And that’s to come back as a fly”

And landed on lips, flitted to fingertips
And even left plenty of poop
But imagine the luck of that dear fly had struck
When the waiter did bring out the soup 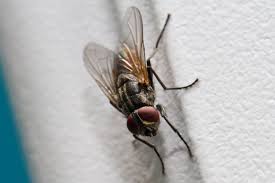