I suppose I better preface this by giving those of you who don’t know who Ira Isaacs is a brief history lesson.  Well, first of all, Ira is my former boss. He is also an American film director and self-described “shock artist.” He was also convicted of five federal counts of selling and distributing obscene material in 2012. If you need any further information on him, I would suggest reading his Wikipedia page at http://en.wikipedia.org/wiki/Ira_Isaacs but I will do my best to give a juicier summary here.

I started working for Ira in 2003 shortly after my son was born. I was making a home video for him to distribute. I would bring the video in to his office so he could help me edit it and I saw that he was overwhelmed because the girl who was helping out in his office had quit. Before I knew it, I was gainfully employed by the man himself.

When I began working for Ira, business was booming. There were tons of orders pouring in. Ira, who came from a middle class background, was enjoying his wealth. During the three following years that I would work for him, Ira lived in a big, beautiful house in the Hollywood Hills, and owned a vintage Cadillac, a Lamborghini Gallardo and a BMW. While enjoying the high life, Ira was never a snob about the fact that he had a lot of money and he was generous with his cash. He paid his employees well and often offered to buy us lunch.  He was loyal to a lot of local businesses and did what he could to stimulate the economy.

I learned a lot when I worked for Ira. He was a very smart man with a background in advertising and I gleaned valuable information about marketing, customer service, and the computer. The fact that he saw my potential to learn, even though I wasn’t the most experienced candidate, meant a lot to me.

Now I don’t mean to idealize Ira. He had his down sides. Was he stubborn? Yes. Did I sometimes come home wanting to kill him? Yes. Was he a pervert? Yes. Was he a chauvinist? Yes. But I suppose that comes with the territory and Ira was always completely who he was, no surprises, and I was grateful for that. 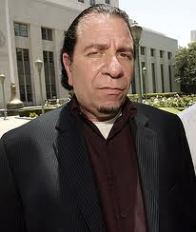 In 2005, I stopped working for Ira because my husband had opened a music rehearsal studio that was starting to take off and he needed my help running the studio and taking care of our son. While we had many successful years as owners of the studio, by 2011, our business had run it’s course, it seemed, and I looked up Ira again to see if he had any work for me.

I hadn’t really been up on the news, but anyone who had been probably heard about what happened to Ira during that time…

Apparently, the wheels were already set in motion when I was last working there. There was an IT who worked with me, I’ll call him John. John was a really likeable guy from England. The theory is that the FBI got to him and shook him down for information and evidence. All Ira knows is that someone from the office was a rat and John was the only employee that didn’t testify in court when the case was brought in. It baffled both of us that John maintained such a cool demeanor, coming into work, knowing that he was leaking information to the FBI. Did they offer him money? Did they threaten his immigration status? We will never know.

Anyway, the FBI came in there, badges drawn, and conducted interviews with the entire staff, and, suffice it to say, no one came in to work the next day. And so began Ira Isaacs’ life as a criminal.

He was tried once but a mistrial was declared because the judge who was trying the case was also found to be a fan of pornography. But double jeopardy be damned, they dragged Ira back in for a second trial.

It was at this time, between these two cases, that I began working for Ira again. It was sad to see how the mighty had fallen. The Lamborghini was gone and the Cadillac was sold during this time. He was hemorrhaging money due to the legal fees and the man who once slept well into the morning was now up early dealing with legal issues and worry. He had put up quite a battle as his own one man PR team, but now he was too poor and tired to fight and he was seeing jail as more and more of a reality.  Also, the economic downturn, and the fact that the pornography market was so saturated didn’t help matters as the orders that were once pouring in had now slowed down to a trickle.

After working for Ira another year, he let me go. There wasn’t enough work or money to justify my employment.

Ira would be put on trial two more times to fight the charges that were brought against him. He was finally sentenced to four years in prison in January 2013.

While I was working for Ira I got to see him building the defense for his case. The thing was, he was trying to fight an obscenity charge by proving that what he was selling had artistic and political value and was therefore not obscene. I was a bit torn on that one. Even I had to admit that what he was selling might be considered obscene. The thing was, he didn’t deserve to be in jail.  He wasn’t hurting anyone. If you don’t like it, you can look away.

And what’s really ironic about this, is that Ira, more so than anyone I know, lived the American dream to it’s fullest. He pursued life, liberty and happiness while fully taking advantage of his freedom of speech.  Funny though it may seem, he lived out his dreams and fantasies while stimulating the economy, providing jobs, and bringing pleasure and enjoyment to many lonely men, no matter how perverted they may have been.  It is times like this that I am ashamed of my country. Sorry, America, this time you got it wrong.