The sun is out, the sky is blue,
Surely nothing can happen to you,
Everything will be alright,
With mommy and daddy standing by.
All this is just a fantasy,
A vision of what could never be,
But merely lives inside your head,
Or is lurking underneath your bed.

I come home to find him singing,
Heavy metal which assails,
The building with a raucous din,
That sounds like a banshee wail.

Then he plays his video games,
As if in some sort of trance,
Brimstone comes forth from his ears ,
He does a demonic dance.

As a mother I love him so,
But so I have been warned,
As often he sticks out his tongue,
And throws up the devil horns.

I try to make him a nice birthday,
Roller skating with his friends,
He cackles evilly and asks,
When the ritual begins.

Only does he get excited,
When candles light with fire,
His eyes go wide as he exclaims,
Cool, a funeral pyre!

So I decide to ask his dad,
What from it he can discern,
Do the other boys act like this?
Do we need to be concerned?

But my husband just assures me,
That all of this is normal,
After all he’s a preteen boy,
Perhaps it’s just hormonal.

And laughs it off as he goes down,
To that overheated den,
And mutters he must have misplaced,
His darn pitchfork again. 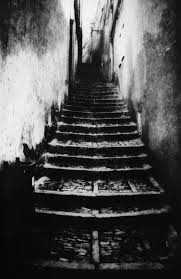 Halloween I was getting on,
My horror movie marathon,
When in the attic, there did sound,
Strange noises suddenly abound.
And it then did so behoove me,
As the actors in the movie,
To take not my butcher’s knife,
But rather just an old flash light.
Up the steps with hesitation,
To start on my investigation,
When half way up the stairs I saw,
A zombie covered, all in gore.

And at this most horrific sight,
I shined my nearly dead flash light,
He spoke when I was at close range,
“I say, did you hear something strange?”
So with the zombie I did climb,
The steps until at such a time,
We found ourselves at the next flight,
And caught a witch there in our sight.

At her evil form we huddled,
Not so scary, but more puzzled,
She said to us, “Guys, I am stumped,
I thought I heard something go bump!”
And so we went forth with great heed,
And up the stairs we did proceed,
All clinging to the stairway post,
When floating by we saw a ghost.

Cold wind blew in with his movement,
Body human, yet translucent,
And scary though he did appear,
He said “Dude, I heard something weird!”
So dedicated to our cause,
Our own spooky Wizard of Oz,
Moved onward, up the stairs we creeped,
So careful not to make a peep.

Towards the attic we came nearer,
And that sound it became clearer!
When at the top, kicked down the door,
And made our way across the floor.
The ghost it howled a creepy howl,
The witch’s face into a scowl,
And on it tried to cast a spell,
Condemning it to bowels of hell.
The zombie tried to eat it’s brains,
But then he quickly did refrain,
Because, you see, they’d not foreseen,
It was merely the washing machine.

Wherever I’d venture to go,
I’d always hide my little toe,
It’s nail curved at an odd angle,
And it seemed like it was mangled.

One day while I was at the gym,
By some unforeseen happening,
I’m telling you I was in shock,
To find I had forgot my sock.

A girl looked at my toe quite stunned,
Called to her friends, “She is the one.”
And then, without much discussion,
I was the leader of a coven.

At first we had a lot of fun,
We conjured spells from dusk to dawn,
But then I got a little bored,
With eye of newt and toe of frog.

But when to my friends I did say,
“I think I need a small vacay,”
It seems they did not take it well,
And wanted me condemned to hell.

And with this news I was bereft,
I thought that we were BFFs!
They tried to tie me to a stake,
I thought it best to make a break.

So I just had a thought ad hoc,
Said ‘Hot warlock at 10 o clock!”
And when they all looked to the right,
I stole away into the night.

So if a spooky girl comes round,
Please tell her I can not be found,
And let us again never talk,
Of what came of a forgotten sock.

I used to date a vampire,
I tell you that man was fine,
I told him “You can bite my neck,
Just about any old time!”
Sadly my folks did not approve,
With regret my heart did break,
When they told me to find a man,
Who enjoyed mom’s garlic steak.

So then I dated a werewolf,
And though for words he lacked,
I tell you that he really was,
An animal in the sack.
But that too came to a sad end,
And it was his decision,
After I subtly recommended,
A local esthetician. 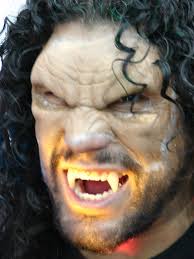 So then I dated a zombie,
Not a great situation,
But I guess after the werewolf,
It was out of desperation.
But he was really very sweet,
So I tried not to complain,
Until once after nibbling my ear,
I caught him eying my brain.

And these forays into romance,
I suppose you might question,
But I was only following,
My dear mother’s suggestion.
Maybe this was not exactly,
What mother did envision,
But for now I’m afraid I’ll stick,
To artists and musicians.