Lately I have come to see,
My life as reality TV,
Where they might cue in crickets because,
I said something worthy of a long, awkward pause.

Where in a grocery store the camera might pan,
To show the audience I’ve forgotten the jam,
And if I do something really dumb,
It will not be overcome,
But rather will be front page news,
In my friend’s private interviews.

And if there’s drama or commotion,
It will be replayed in slow motion,
And a very popular feature,
Rock n’ roll supermom vs. some poor teacher,
As the world waits on the edge of their seats,
To see the results when they tune in next week.

And though I’ll be a huge ignoramus,
It’s likely I’ll be rich and famous,
Write autobiographies and have fat paychecks coming,
Based on the fact that I’ve done nothing,
And get recognition from the academy,
For playing the jackass that is me. 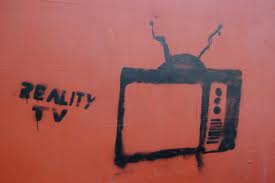 14 thoughts on “The Inexplicable Drama Of Me”