But there was no My Super Sweet 16 for me; no pop stars and DJs, no prom dresses. Here’s how rocker chicks from Brooklyn get Sweet 16s done.

1.About 2 weeks out, start telling all your friends you’re having a huge party at your house and they can bring anyone they want.

2.Get a refrigerator full of beer. 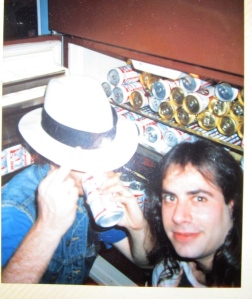 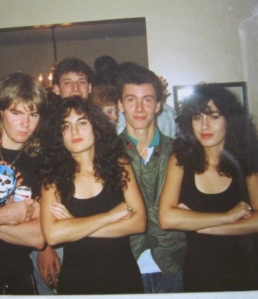 Heh, heh! That was actually me and my sister. Don’t look too closely into our dilated pupils. 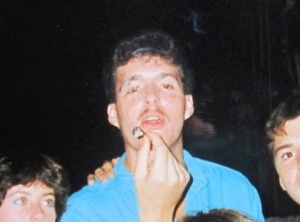 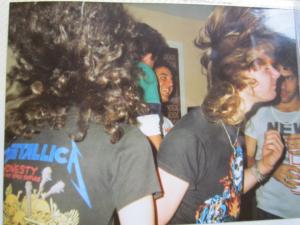 6. Some beer money for when the beer runs out… 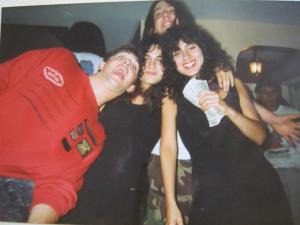 …this money actually ended up getting stolen… 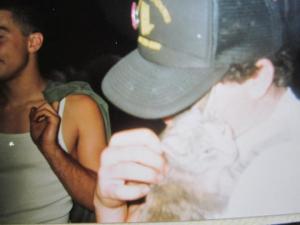 …because it is a great idea to bring a poor defenseless animal to a raucous party. But hey, we were 16 years old and I don’t think animal rights were invented yet.

I actually published these pictures, and many more from this party/era, on my Facebook page not too long ago. The photos came the closest to going viral as anything I have ever put on the internet. They also gave rise to the infamous rumors ‘Zack is Dead’, ‘Who Did Ira Make Out With That Night?’ and ‘Zack Is Alive and Well and Living In Brighton Beach’.

But the best thing about posting these pictures were some of the comments I received:

“That party is one of my first memories, literally. It’s like, my mother singing over the crib, seeing Pete’s Dragon at Radio City, and then this party…”

“All these are great blackmail shots…”

“you can tell we were real young…we’re drinking budwieser”

“Thanks for hanging on to these gems, Marissa!”